skip to main | skip to sidebar

Mmmm...if you were expecting a kind of Magaluf, pump up the volume, kind of club where you can give it up large then you're in the wrong place. The Don Pedro does some entertainment every night in it's cavernous echoey hall which is ideal if you like crammed in tables, with kids running about everywhere (screaming children and places that echo do NOT go together like peaces and cream) and bingo hosted by the ever bubbly Spanish entertainment director (not sure, but I'm taking a stab that her name is something like Maria). They do do singing acts and magic show etc but the atmosphere was so crap we only tried it one night and never went back.

I've mentioned our own hotel (Simar) which had a Spanish musical act on most nights (one night a week is given over to Kareoke - arghh!) most of whom were marginally better than the kareoke but nothing you would be too disappointed to miss. They were OK as background noise but my recommendation is to make sure you have enough conversation to last you through the evenings. 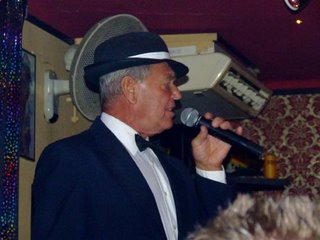 Up the road a few minutes was Trotters Bar (the only Brit Bar in the resort) where they used to do entertainment, but he's had so many visits by the Police due to the neighbour complaining about the noise that he decided to stop live entertainment after our first few days. Hence the only one we saw was a fairly awful Scottish Elvis impersonater, who unfortunately not only picked the most obscure tracks Elvis ever did, but was fairly tone deaf to start with. His friend who did a stint as Frank Sinatra while he was taking a break was much better. The bar still did a couple of quizzes each week (and kareoke!) and would have had a race night had the footie not been on (large screen football for those that want it). Trotter's is being sold to new owners for next season though so that may all change. 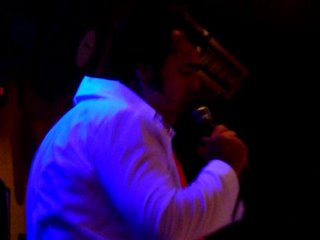 Apart from that there are a few quiet restaurants in the resort but not much in they way of bars except for the Hotels. The reason for this is that the three big Hotels on resort all do either Half board or fully inclusive so it's hard for other bars and restuarants to make much.

So again if you can make your own entertainment and are happy with quiet evenings, it's still a lovely resort, but if you want something a little more lively then perhaps look elsewhere. A bus into Porto Polenca only costs 1.10 euros each way but you'd need a taxi back (better part of 10 euros I'd guess) if you want to come back any later than 8'ish.
Posted by GreedyGreen

GreedyGreen
United Kingdom
I'm a 50-something, good for nothing, beach bum trapped in the body of mortgage paying office clerk. Socialising with old friends and making new ones is the highest pinnacle of existence.